DIGITAL HUMANTITIES AT THE UNIVERSITY OF UTAH

What is the Mapping SLC project?

This post is part of a series highlighting current digital scholarship projects at the University of Utah. Today we are looking at Mapping SLC, a creative and collaborative mapping project documenting Salt Lake City's past and current topical reflections.

Mapping SLC is the main part of the website. Under the Projects tab Mapping SLC consists of essays, maps, multi-media, literature and interviews related to a specific place in the city. There is also a filter on this page for "This Was Here," a category of submissions that "attempts to retrieve, reconstruct, and revive these lost sites, hidden landmarks, and overlooked figures in an attempt to fill the gaps in Salt Lake's complex history." The third category refers to the empty map boundary of Salt Lake City the website provides on the "Resources" tab. The empty map based on "Notes for a People's Atlas" in Chicago is intended "for artists, kids, parents and educators to use as a canvas on which to draw their own maps of Salt Lake and, by doing so, tell their own stories about themselves and the city."

Whether you are new to the city or your family has been here for generations, Mapping SLC is a meaningful way to explore Salt Lake City and build a sense of community and neighborliness. The rest of this blog post highlights a few different submissions that showcase the scope of themes and subjects considered in this project. Many submissions have an anchored geographic location and other submissions are not geocoded (see entries for "The American and Liberal Anti-Mormon Parties" and "species of concern: one"). The project is a collaborative public history platform to uncover and share all Salt Lake City voices.

Because a city and its history are not static but a complex network of connections, environment and relationships, the purpose of Mapping Salt Lake City is to create a continually evolving narrative in which community members and scholars, writers and artists can be in dialogue. And because there are always absences in any record of place, we rely on readers to fill in these gaps by writing and submitting their own content. Over the years, as more people add their own stories, Mapping Salt Lake City will change, expand and grow in the same ways that a city might, to become a more inclusive reflection of our community's diverse, and diverging, perspectives. 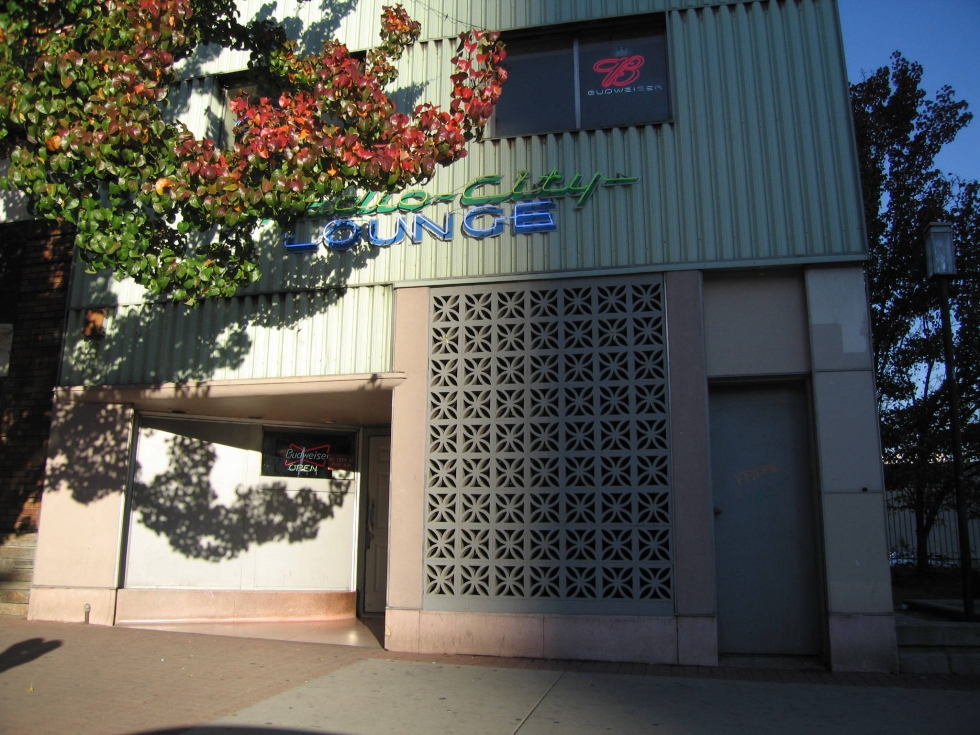 J. Seth Anderson, who studies the history of sexuality and Gay Rights Movement in the American West contributed an essay that maps all the businesses and public areas associated with the gay community of the 1970s in Salt Lake City. The article highlights two bars: Radio City Lounge and Crystal Lounge. The essay notes that most gay businesses (meaning those who catered to clientele from the gay community) from the 1970s gave way to other, unrelated, larger urban projects over the years. 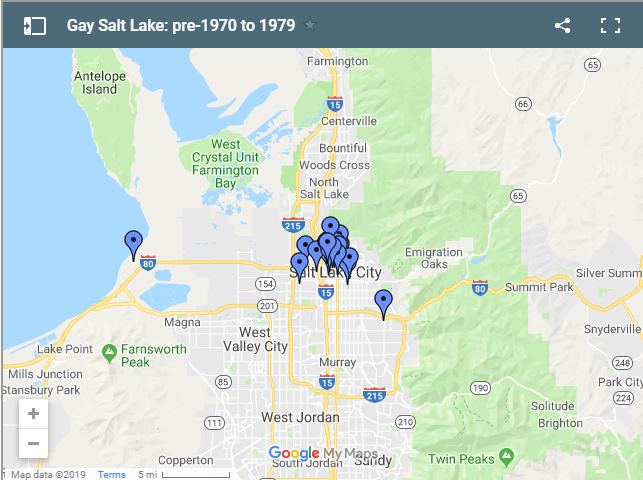 Both catered to a gay clientele, although neither could technically be considered a gay bar. Radio City owners appreciated the business from the gay community but forbid any activity, such as handholding or same-sex dancing, that might provoke the authorities. Douglass A Winkler wrote in his PhD dissertation Lavender Sons of Zion: A History of the Gay Men in Salt Lake City, 1950-1979 that "it is difficult to determine precisely when either establishment attracted gays in sufficient numbers to quality as a gay bar. By most accounts, the process evolved gradually as increasing gay patronage transformed straight bars into mixed or exclusively gay settings."

The American and Liberal Anti-Mormon Parties

In the 1870s, the imprisonment of prominent LDS businessmen and politicians, who practiced polygamy, left a political vacuum in Salt Lake City. Chris Dunsmore's essay traces the uneasy alliance between the liberal anti-Mormon political party, Utah Liberal Party and the Godbeites, group of Mormons who "disagreed with the economic policies of the church," and saw an opportunity to fill that vacuum. While business interests brought these two disparate groups together in opposition to the "Mormon Church's theocracy," the issue of polygamy among the Godbeites divided the political party. As federal pressure to denounce polygamists grew, the Liberal members expressed the need to disassociate with the Godbeites and their members who continued the practice of polygamy. Wilford Woodruff banned polygamy in the LDS church in 1890, effectively closing the political window left open to "outsiders."

Despite their influence and their fervor the American Party went the way of the Liberals after a poor performance in the 1911 elections. Their brief but fierce run, like the short-lived success of the Liberal Party, exemplified the Mormon Church's tenuous grasp on their territory at the turn of the century. No longer the isolated Zion its founders strived to design, Utah entered the 20th century with a passionate, opinionated, and often disputatious population. Such varied zeal – from liberals, polygamists, Gentiles, and tycoons – characterizes a healthy democracy, a political space teeming with righteousness and entitlement on all sides, a place in which debate, no matter how petty or prejudiced, thrived. 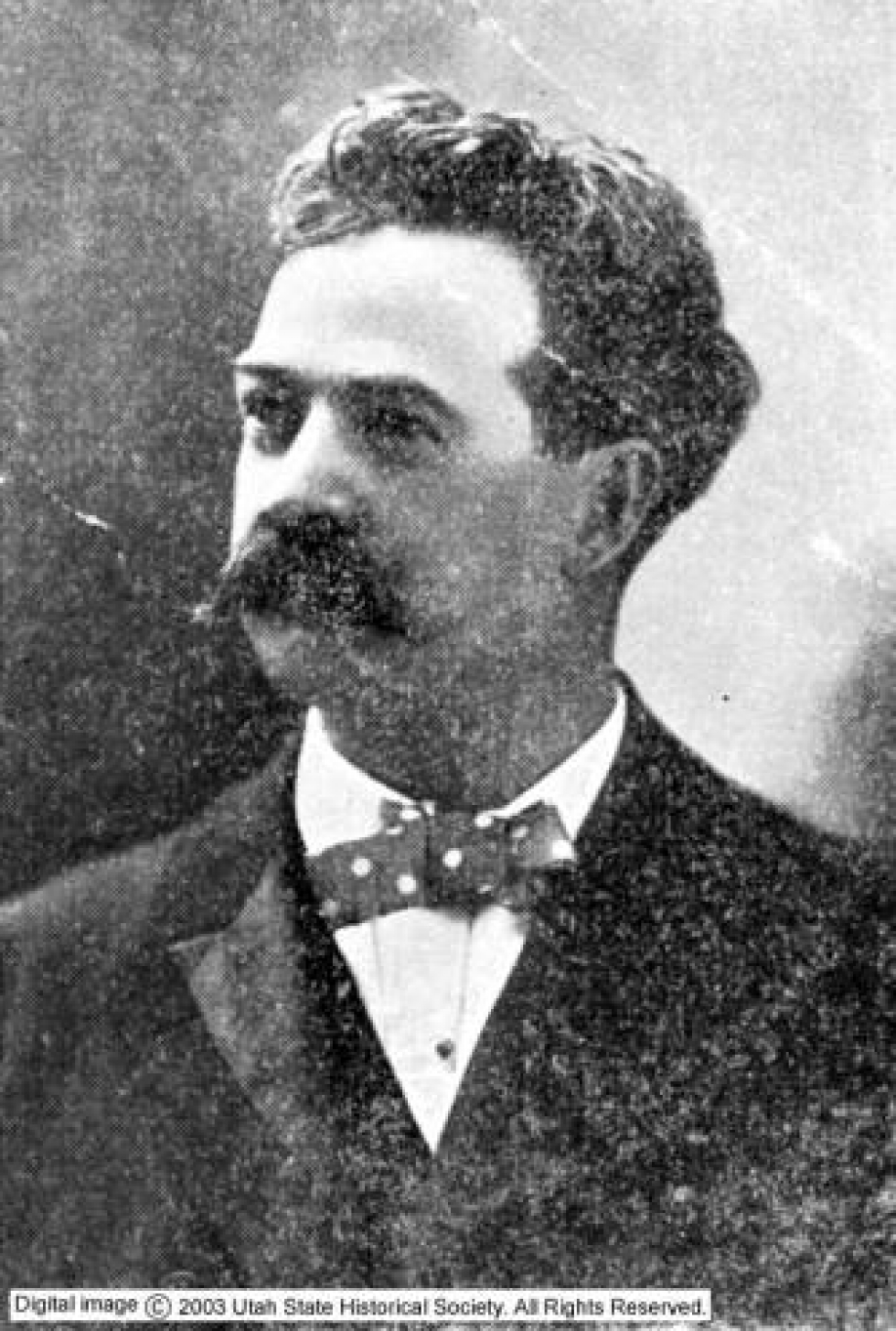 Frank J. Cannon, founder of the American Party, a successor to the Liberal Party

species of concern: one 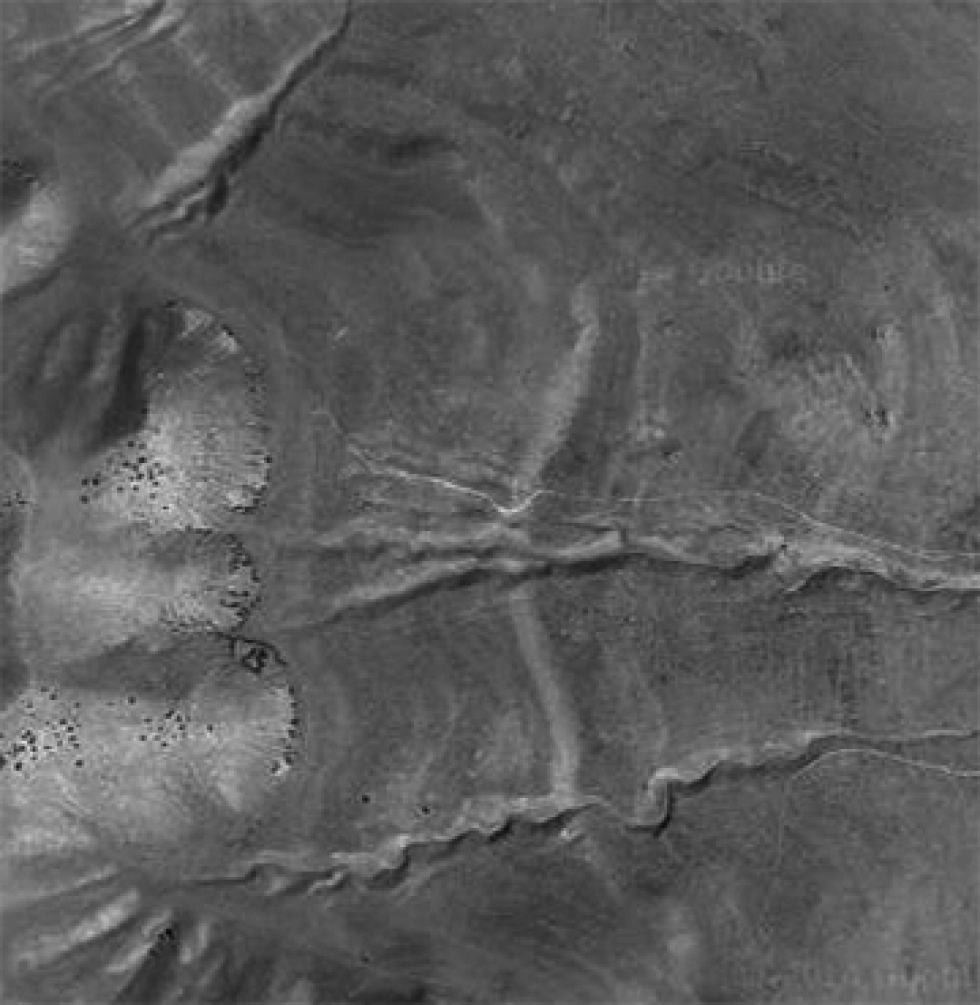 Stinne Storm's piece gives the reader a perspective into the mind of a prairie dog personified, from Paiute County. The essay is an overview of where prairie dogs live, their animal attributes, how they build their homes, and their place in the ecosystem. The narrative juxtaposes this overview with reflections on human traits and how the prairie dogs and their ecosystem intersect with humans and asks the reader to question which of the two species is the "villain."

we live below your eyes. we live below the ground. we are either nuisance — a poisoned, architectural, rabbit-sized desert species — or we are considered a keystone-species in the grassland habitat. all depending of who you’ll ask. who you’ll listen to. 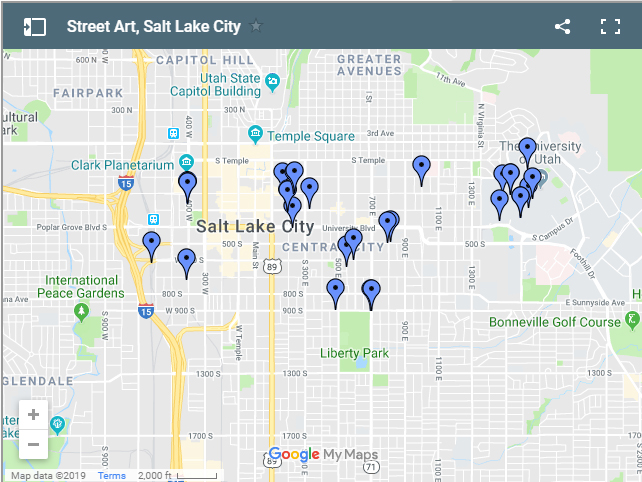 Ali Rachel Pearl's "Street Art Map" geocodes photographs of found street art to their locations in Salt Lake City. The art is on buildings, signs, the ground, and trucks. The photographs were taken between 2011-2013. 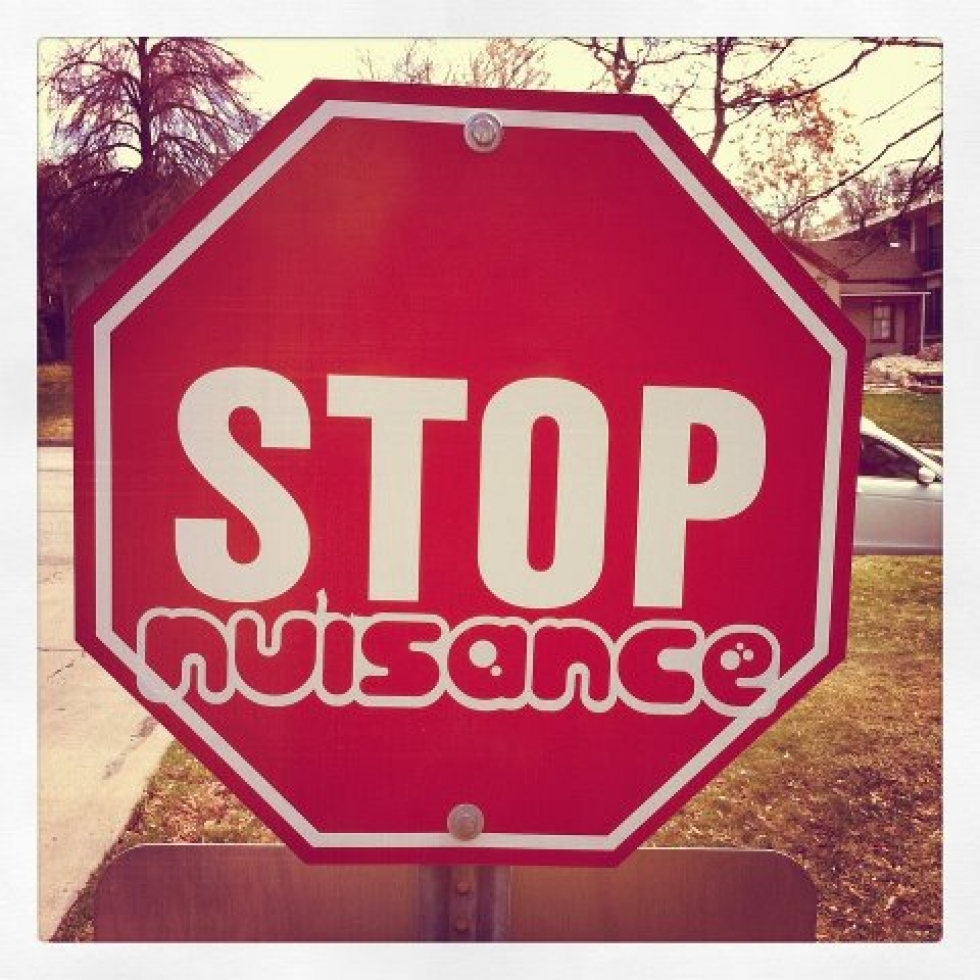 Mapping SLC project accepts submissions for review for the following deadlines: September 15th, December 15th, March 15th, and June 15th. The project is looking for a range of media submissions including histories, audio, video, graphic essays, walking tours, interviews, profiles of people among others as its relates to topics or places that represent Salt Lake City. For more information about submission guidelines please visit the Submit Your Project page.

Mapping Literary Utah is the seed project for a state archive of Utah writers, past and present, will launch April 2020 and is part of Prof. Rekdal's work as Utah's poet Laureate. A grant from the Academy of American Poets funds Mapping Literary Utah. 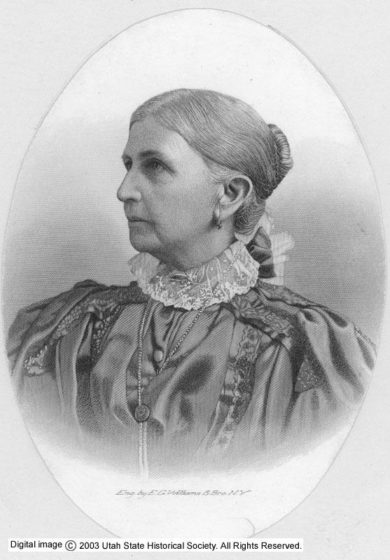 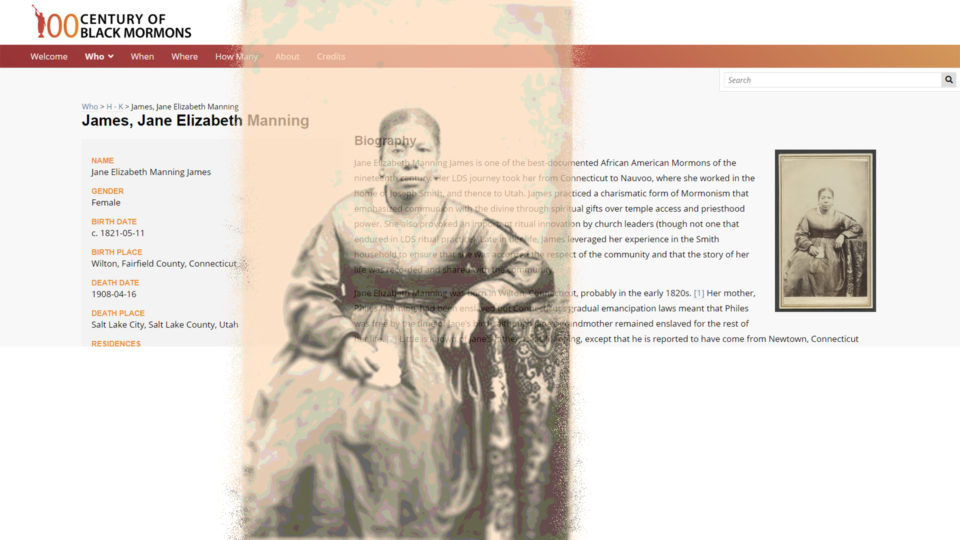 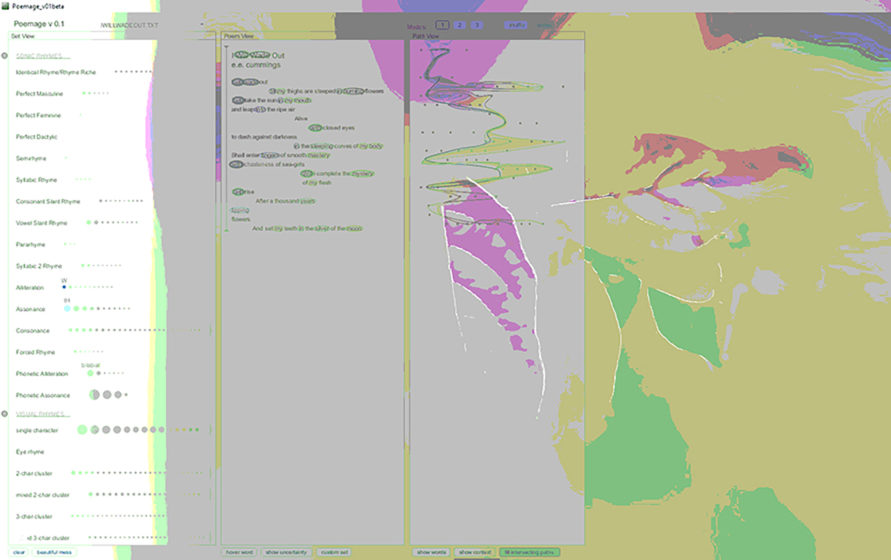