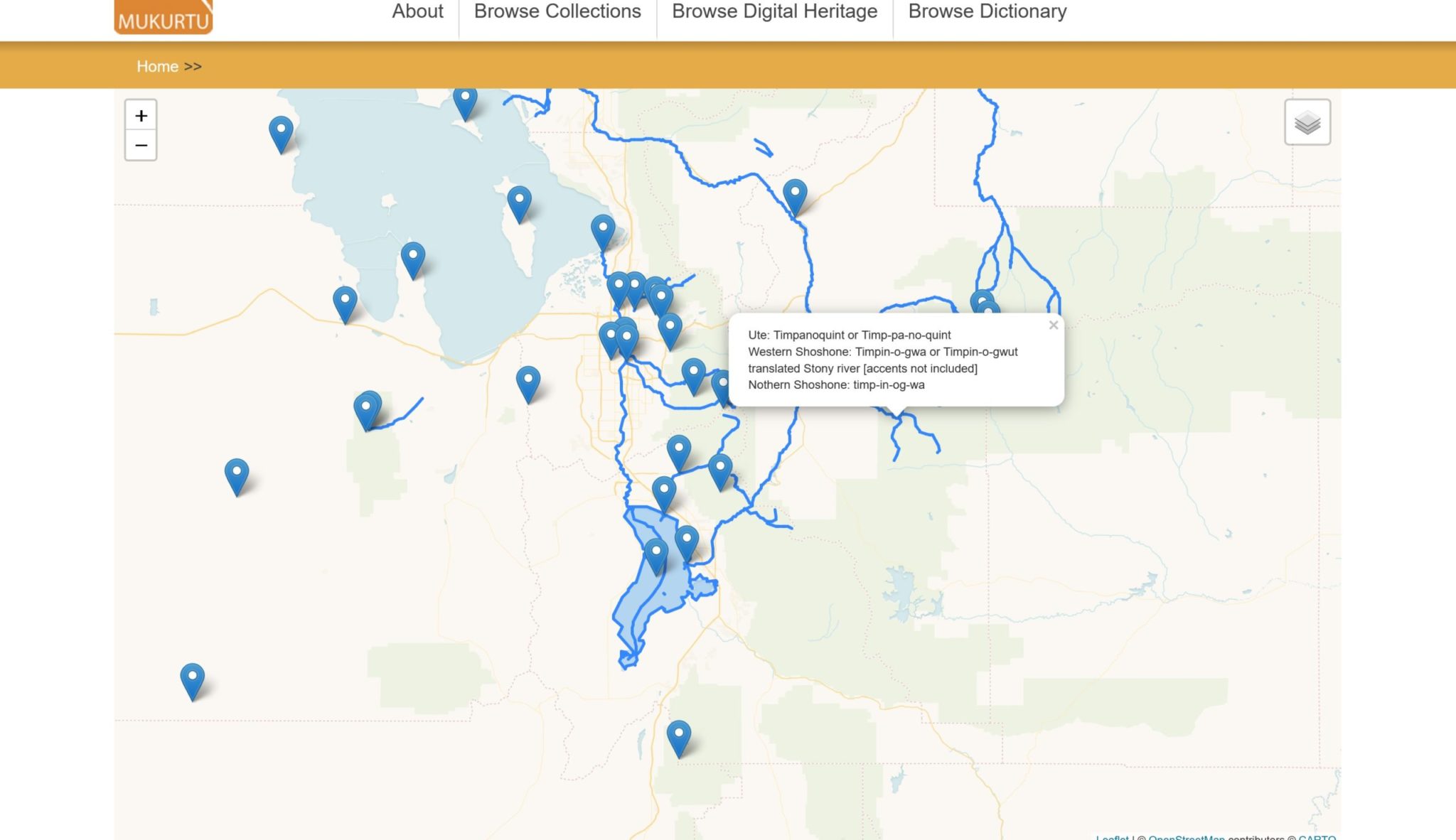 Jeff Turner is a PhD candidate in History where he studies immigration, religion, and the American West. He helped develop two digital history projects (Century of Black Mormons and Utah Historical Markers) in the History Department. 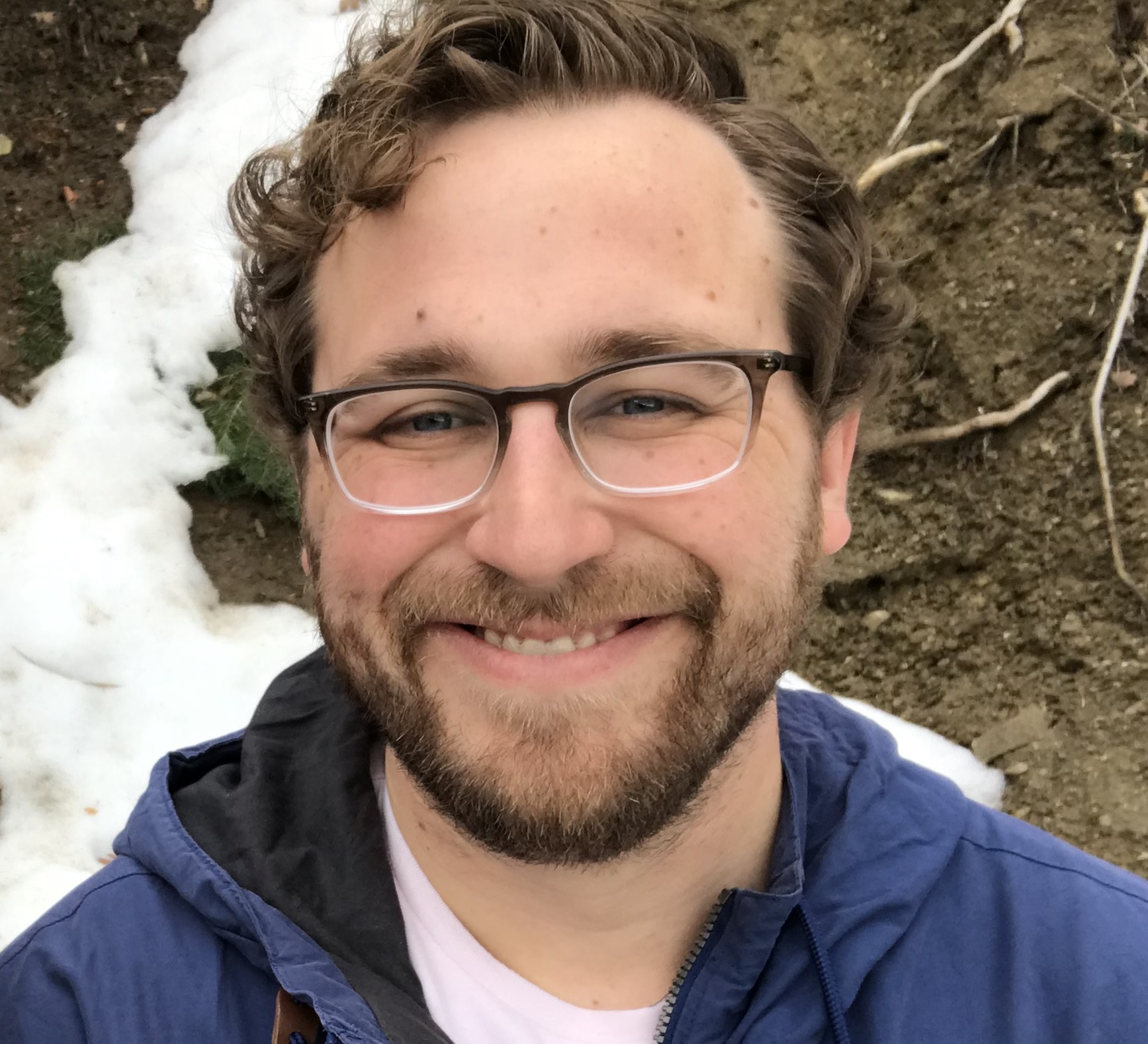 Briefly describe your project and the challenges, lessons learned, and obstacles overcome in the execution of it. What were the professional, academic, and personal motivations underlying your project?

The project I worked on, Native Places Atlas, provides a digital map of Utah onto which Native peoples can provide names for places. The project is a response to a history of colonization and erasure of indigenous placenames. Through the naming of space and mapping, colonizers inscribed imperial culture onto a landscape while erasing the presence of indigenous inhabitants. The initiative for Native Places Atlas came as a response to this history. My role as the joint American West Center and Digital Matters Graduate Fellow was to create the project's digital side.

We wanted to create the technological side of the project as ethically as possible—which meant maintaining data properly and using open-source tools. Native Places Atlas lives in a Drupal-run content management system called Mukurtu, which is designed to “empower communities to manage, share, and exchange their digital heritage in culturally relevant and ethically-minded ways.” Mukurtu seemed like a perfect choice to hold the project. The map visualization itself runs on Leaflet, which is an open-source JavaScript library. The library is lightweight, responsive, and adaptable. Finally, the data lives in a SQL database on the backend of the site. These create the major components of the digital map. The map visualizes geographic features either as markers or as polyline and polygon shapes. Clicking on these shapes brings up an HTML popup that includes indigenous names for those features. The map also features a layer toggle, so that users can see placenames related to Ute, Navajo, Western Shoshone, Northern Shoshone, and Southern Paiute cultures.

To create these technical tools, I had to learn some JavaScript, PHP, and SQL. These were mostly new to me, and becoming familiar with these languages took longer than I anticipated. I’m still terrible with PHP. As with all technological projects, at least the ones that I’m a part of, there were technical hurdles that I got help to troubleshoot. The worst was getting the data to pull from the SQL database and present correctly to the JavaScript—which is where my shoddiness with PhP showed through. Some other difficulties included getting the layer control to render places that had placenames in multiple languages after one of the multiple layers had been unchecked. By default, unchecking a layer did not leave places with multiple placenames in the layer that was still checked. Lastly, I wanted to make the site data-smart (or at least not data-stupid), which meant learning how to make the map visualization efficiently dynamic in the way that it loaded data from the database based on the user’s input into the map. These problems were fixed over time. In working on this project, though, I feel an increased confidence in learning future languages and finding resources to overcome these kinds of obstacles.

To me, Native Places Atlas represents the possibilities of publicly engaged historical and digital scholarship. I am grateful to have been a part of it, to have learned from it, and to see it grow into its next iterations.

How did the Digital Matters Graduate Student Fellowship dovetail with your academic pursuits? What interested you in applying for this fellowship?

I’m interested in most things digital. My fellowship at Digital Matters and the American West Center has helped me see how to use (and not use) digital humanities methods for research projects and public history projects, and how projects with multiple parts require management. The host of workshops and events run through Digital Matters have been a great introduction to a diversity of digital tools like Scalar or how to scrape digital media like Twitter. Native Places Atlas has allowed me to learn the mapping tools that I hope to use in my research in greater depth and has helped me identify the kinds of choices that go into creating a digital mapping project. Since I focus on immigration history, being able to visualize the movement of people is important in finding the trends and gaps that promote or inhibit migration. For me, the fellowship served both as a way to be involved in a collaborative project and hone the digital skills I hope to use in the future.

Digital Matters also provided a space to develop community, conversation, and collaborative work. More than the digital content I’ve acquired, I’ll take the relationships borne in Digital Matters with me. It’s been important to see and talk with the fellows and staff about their projects, vent frustrations when something doesn’t work like we expect it to, to read together, to talk together, and to learn from each other. There’s something kindly human there. I think potential applicants should understand institutional spaces by the people who inhabit them—and in that regard, Digital Matters is an exemplary space to work in. I knew some of the people involved in Digital Matters beforehand, and it was knowing them that interested me in the fellowship in the first place.

What insights have you gained in regards to your specific field as a result of your project and fellowship experience?

One of the important lessons for me with this project is simply about process—historians emphasize end-products, mostly textual and seemingly individual, without revealing the often collaborative and multi-modal efforts that go into producing and disseminating scholarship. History, and especially digital projects, are ultimately collaborative enterprises and require a host of skills and tools. My role in Native Places Atlas focused on the technological side of the eventual project, whereas the content and use of the site depends upon others. These kinds of projects, as a whole, rely on the space, support, and technological resources that centers like Digital Matters provides, and on the research, networks, and support that centers like the American West Center facilitate. Operating in these atmospheres helped me see that even the seemingly smallest decisions, like what tilelayer to use for the map, are connected to the project's broader mission, to the people who inhabit its creation, and the people who will eventually use the map. One of the grounding resources that we used was a book describing the culture that went into a placename from an anthropologist who had studied indigenous placenames. That resource grounded the community of people involved with the project and helped determine the best course of action for decisions like choosing a tilelayer. Native Places Atlas, along with the other projects that both Digital Matters and the American West Center facilitate, are living things that depend on a collaborative process and relationships to the people who are involved with them. To me, that seems like the most important lesson from the fellowship and will help me depend upon others for my future work.

What would you tell potential fellowship applicants to help them shape their own digital scholarship project?

I think it’s important to both think critically about the project you want to pursue and to dive into it. Digital scholarship seems to both invite newcomers and, at the same time, require some kind of bar for entry. For me, this felt like classic imposter syndrome. I think the best way to deal with it is to try and feel a sense of agency and belonging with your project and start trying stuff. You can do whatever digital project you have in mind. And if the project is too big, then you can do a part of it. Talk to the people who might be good resources for you. If you’re interested in Digital Matters, talk to the people there and tell them the kind of project you have in mind. There’s good experience to be had! So much of both learning and progress happens in the moments of trying to do something—for me, like render a polygon shape from GeoJSON data on a map—and running into barriers or figuring out a different way to accomplish the task you originally set out to do. These moments present opportunities to stop and reflect as a way of assessing what you know how to do and whether it’s the best way to do it and start trying stuff to see what works. So, tinker and play and learn and think. For everything else, there’s Stack Overflow. 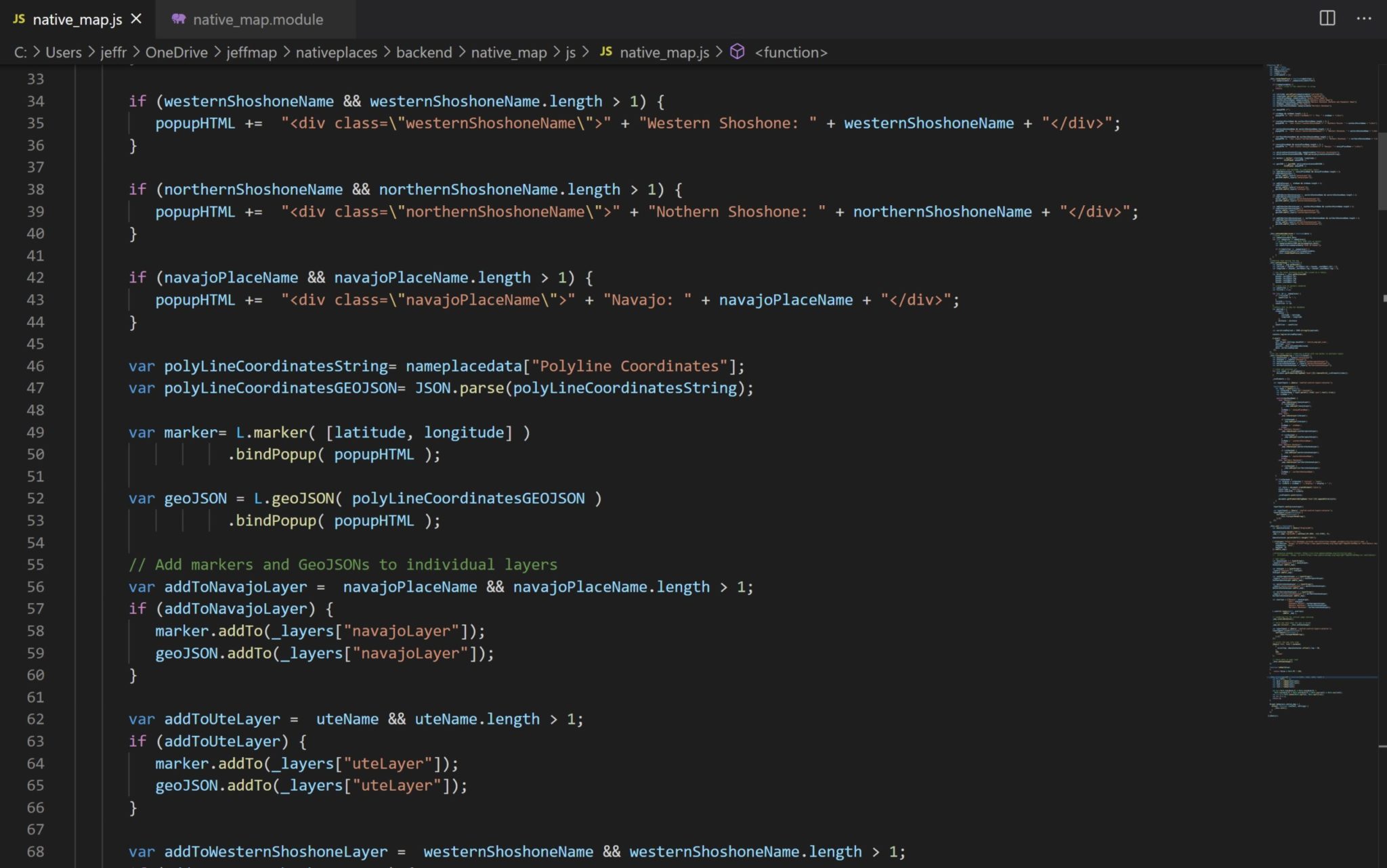 What do you see as the upcoming important issues surrounding digital scholarship in your field? What areas/issues could students and scholars investigate to extend the knowledge in this area?

One of the biggest questions for history is thinking about how to specifically incorporate digital tools into a work of scholarship. Digital tools can often carry the allure of attractive visualizations or a certain excitement attached to the word “digital.” Those promises, though, often feel hollow if a project can be completed without them. It’s important to know exactly what digital tools can uniquely provide for a project or a piece of scholarship. For historians, I think the challenge in this regard is to imagine how different tools can be incorporated into projects in an integral way. I’m thinking about textual analysis, digital mapping, network analysis and sociogramming, virtual realities, and different kinds of interactivity. For example, historians can use text-analysis tools to contextualize changes in a corpus of text over time. Topic modeling might help a historian understand how a particular text fits into a broader body of literature—or how language in one medium, like a billboard, might influence language in another, like a political speech. Topic modeling can restructure and reconfigure these different relationships in productive ways. The difficulty, though, is understanding exactly what that tool might contribute within a synthetic methodology. I’m interested in how Westerners use pioneer stories over time. I could topic model a body of these narratives, and those results might be interesting. To incorporate the digital tool, though, I would have to contextualize these stories within broader historical moments, I’d have to close-read them to make sense of narrative arc, I’d have to understand the different media in which these stories take place, and I’d have to interpret the topic model results within these different contexts, among others. It takes work on the historian’s part to make meaning out of the digital and to show other historians the nuances of digital methodologies. Since history is still mostly a book-field, I think one of the most important developments is for scholars who use the digital to translate their tools into ways that are legible for historians who don’t. Digital tools provide unique, syncretic opportunities, but it takes work to spell out what a field like history looks like with digital methodologies incorporated.

The project I worked on, Native Places Atlas, provides a digital map of Utah onto which Native peoples can provide names for places. The project is a response to a history of colonization and erasure of indigenous placenames. Through the naming of space and mapping, colonizers inscribed imperial culture onto a landscape while erasing the presence of indigenous inhabitants. The initiative for Native Places Atlas came as a response to this history. 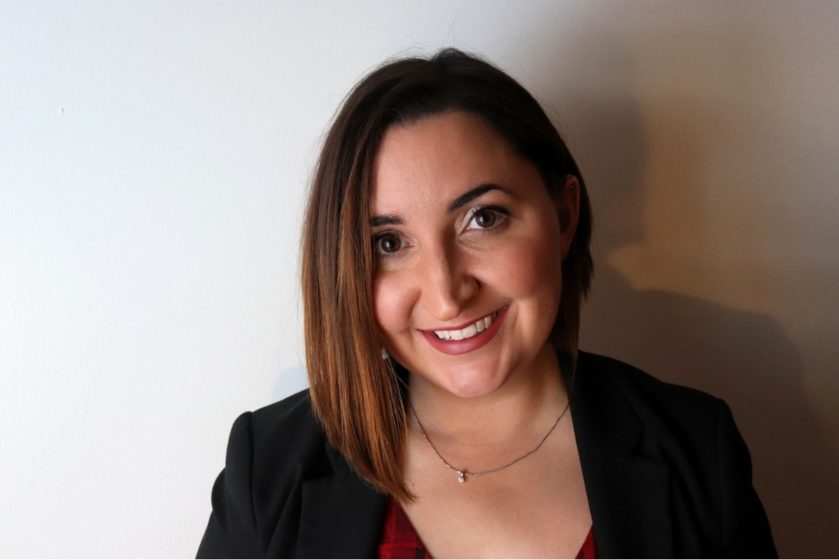 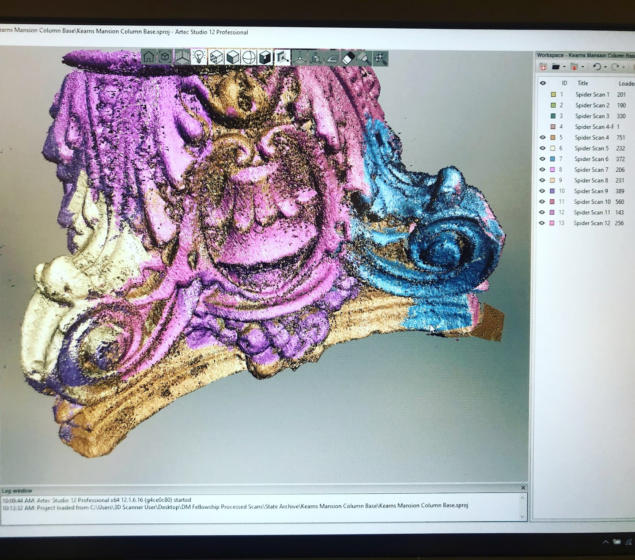 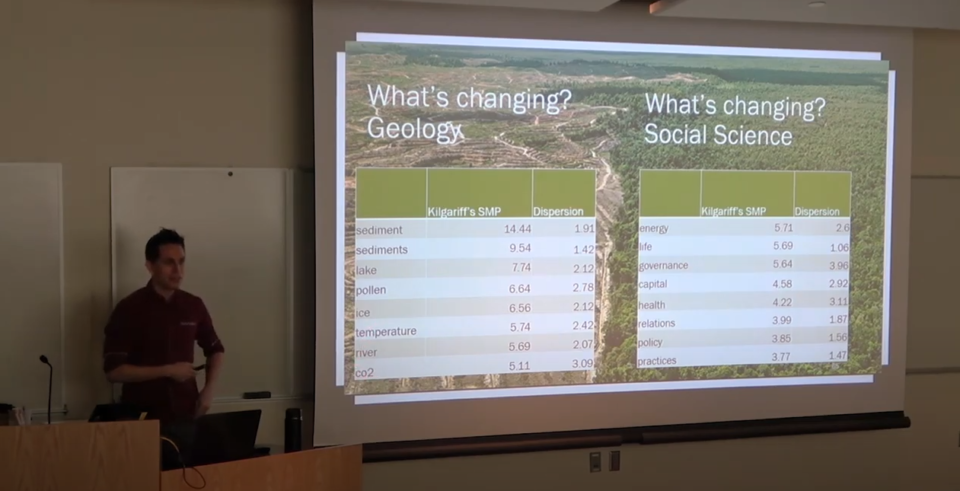