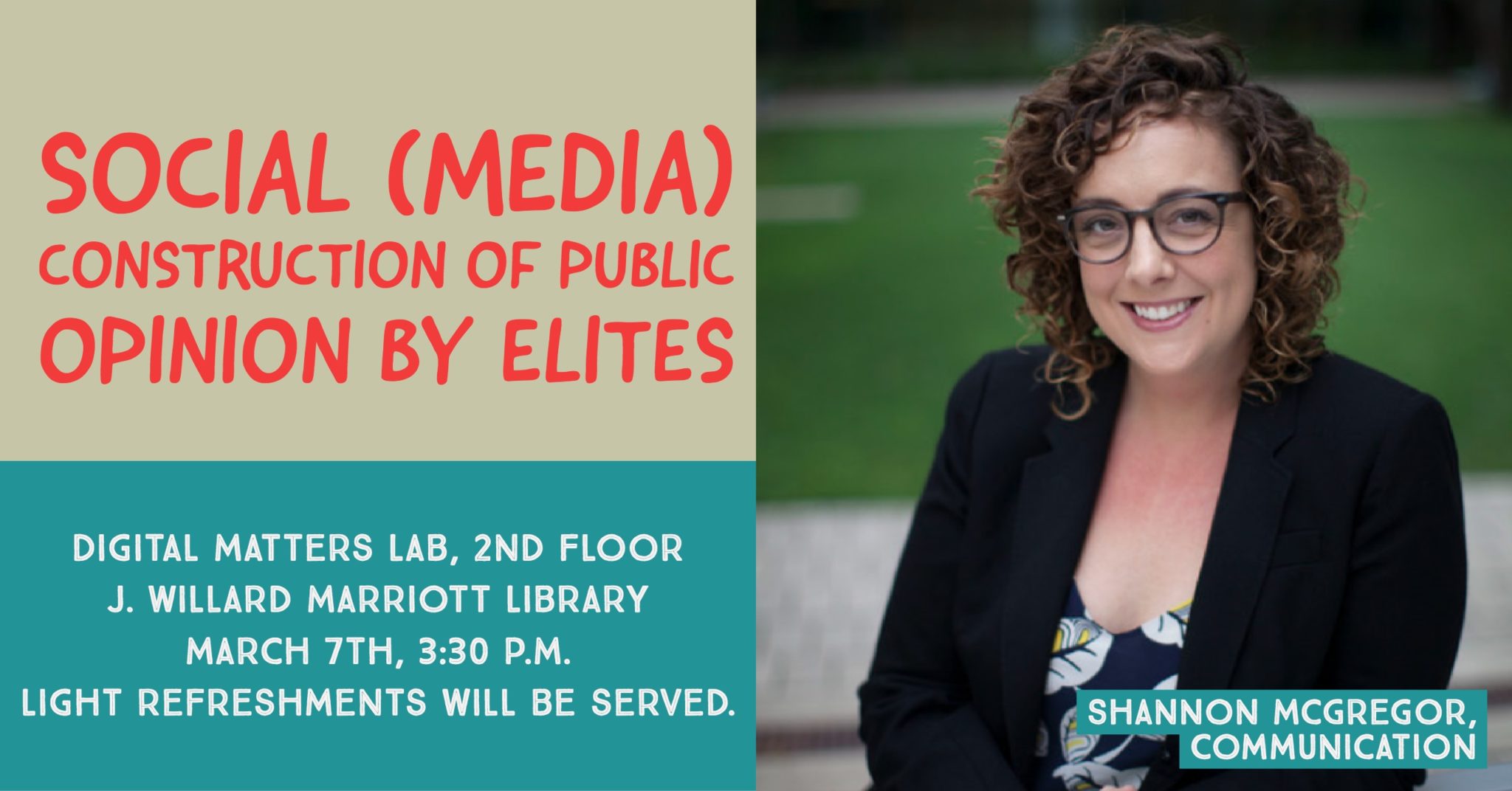 Please mark your calendars for our next DH RIG meeting: March 7th, 3:30 pm in Digital Matters pop-up space. Shannon McGregor (Communication) will be presenting from her work, “Social (Media) Construction of Public Opinion by Elites.” Abstract is below, and light refreshments will be served.

For most of the last century, surveys have dominated the measure of public opinion. But public opinion, as necessary a concept it is to the underpinnings of democracy, is a socially constructed representation of the public that is forged by the methods and data from which it is derived, as well as how it is understood by those tasked with evaluating and utilizing it. I theorize social media as an emergent representation of public opinion. Social media have shifted the social climate, technological milieu, and communication environment, bringing new possibilities for understanding and representing the public and producing public opinion.

Taking up the case of the 2016 U.S. presidential election, I examine how elites use social media and their data to construct representations of public opinion. Analyzing in-depth interviews with professionals from presidential campaigns, I map their use of social media to understand and convey public opinion to a theoretical model, accounting for quantitative and qualitative measurement, for instrumental and symbolic purposes. Using both content analysis of election news and in-depth interviews with journalists, I document how journalists use social media to report on the public, classifying uses along the type of data (quantitative, qualitative) as well as its function (partisan scorekeeping, public opinion storytelling). Journalists use individual social media posts as new sources of vox populi quotes, especially to showcase public reaction to media events like debates. Social media firms actively market quantitative metrics as public opinion to journalists, who report these metrics mostly in service of positioning candidates or parties in the horserace. 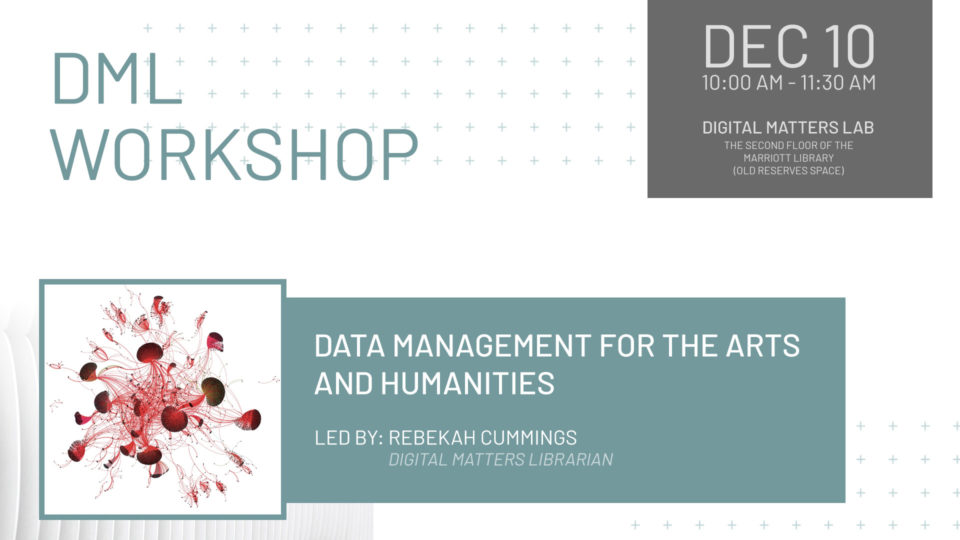 Digital Matters Workshop – Data Management for the Arts and Humanities 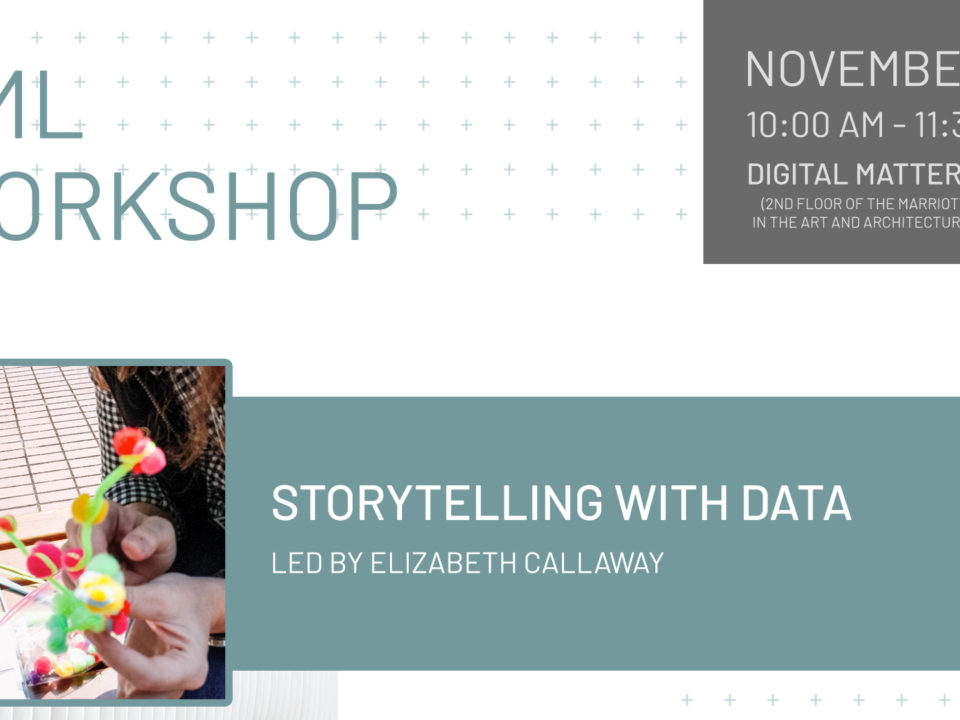